Ramone Close is passionate about bringing the game of football (soccer) to Indigenous youth across Australia.

As a former player, Ramone competed at Australian School Boy level to National Premier League, Queensland Premier League and A-League experience across several clubs. Ramone has also enjoyed international football experience across Europe playing in Poland and Belgium as well as exposure in Germany, the UK, Portugal and Singapore.

High profile Indigenous leaders Adam Goodes, Nova Peris and federal Indigenous politician Ken Wyatt will be attending, as well as Craig Forster from SBS to live stream from the event.

The event will bring together Aboriginal and Torres Strait Islander communities across Australia for a first-class football tournament.

“Our primary focus will be to provide a football platform for grassroots Indigenous communities across the nation and to showcase the positive aspects of the players, the coaches and the communities as well as promote and encourage health lifestyles and emphasise the importance of education attainment,” Ramone said.

The championships were held in Logan last year and Caboolture was chosen to support the popularity of the games, with a state-of-the-art facility and six fields on offer.

Ramone contacted the Metro North Aboriginal and Torres Strait Islander Health Unit (A&TSIHU) based on their success of hosting the Caboolture NAIDOC event each year. Ramone has a vision to partner with the A&TSIHU for supporting the ‘family fun day’ component of the event to be held on Saturday 9 November.

“I think a lot of our mob want to come out and experience the championships, but to also have a family fun day out to connect with community, health stallholders and education. We hope to build these championships and encourage our mob into football,” he said.

Ramone said he hoped to see more Indigenous youth taking up the game.

“We have Craig Forster attending. He’s a massive advocate for diversity and equality with football. Our mob traditionally plays other codes like Rugby League, through this event we are creating a new opportunity for our youth.”

Ramone’s love for football has created other opportunities to serve his community. He recently opened a sporting house in Redcliffe allowing 10 young men between the age of 18-25 from Northern Territory, Queensland and New South Wales the opportunity to take part in a football program, allowing them access from rural communities.

“As a young man in Australia, especially a young Indigenous man, it’s not easy. Even if you have been raised strong in your culture and identity, like I have, you still have your ups and downs,” Ramone said.

“My vision for the sporting house is to recognise football as a great sport and for our youth to see all the opportunities that I’ve received through football.

“Raising participation in football is key as it’s easy to build a strong child than repair a broken man. For me it’s about the youth because if we really don’t look at our youth, we’re not going to have adults.

“Part of this event will also look at health holistically and support around education and other opportunities. We understand there is life outside of sport and we can’t play sport if life isn’t good.” 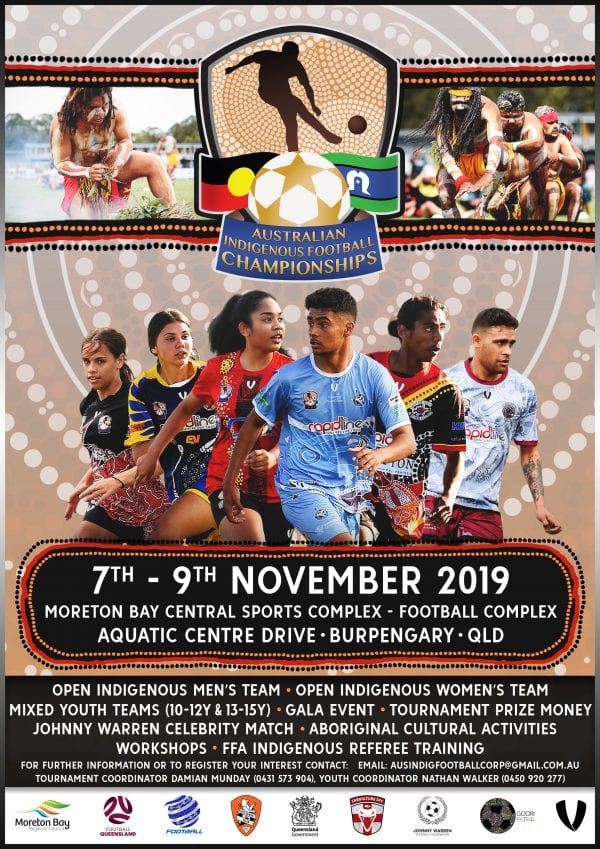