Lung cancer remains the most common cause of cancer death, and there has been wide uptake of CT screening for lung cancer. Nodules that are detected by the CT scan then need to be sampled for biopsy.

But some nodules in patients’ lungs requiring biopsy are too small to sample using conventional methods.

Dr David Fielding and Dr Farzad Bashirzadeh recruited 30 patients to the trial of the Da Vinci robot which uses data from a CT scan that is fed into the robot’s software, producing a custom virtual map of the patient’s lungs and airways.

The software provides ‘GPS-like’ directions through the maze of the lungs to the operator, with a route map, directional symbols, a position marker, and a target designator, or bullseye.

The physician can drive the steerable, just over 3mm, articulating tip of the robot, which has a tiny camera and can turn corners, to the nodule.

“It really is like using a GPS in your car. You know how the GPS says, ‘turn left’ and shows you a left arrow, well this system also shows you the way,” Dr Fielding said.

The robot’s catheter has a fibre bundle along its length which allows for highly accurate positional and shape feedback. The catheter stays stationary in any position the physician places it in and has sufficient internal diameter to allow the passage of biopsy instruments.

This allows for precise sampling of nodules as small as 10mm that require biopsy.

“The average size of the nodules we sampled was around 12-13mm,” Dr Fielding said.

“These are some of the smallest lung lesions reported in the literature for bronchoscopic biopsy.

“The robot allowed us to drive into the tiniest spaces in the human lung. Navigating that deep into the lung system is a bit like parking in the smallest spot in town.

“The robot stays perfectly still when you arrive at the target and use the sampling tool, helping to ensure precision and safe sampling without causing damage to the bronchial walls, even if the patient moves or coughs.

“We ended up with a nearly 88 per cent diagnostic yield compared with the usual of about 40-50 per cent with even the best broncoscopic methods, and we were able to detect 15 cancers, around double what would have been detected with existing methods. This is life­saving technology.”

The results were presented at Chest World Congress in Toronto and the research paper from the trial was published in the European journal Respiration.

A second phase of studies using a Mark 2 robot is being planned. 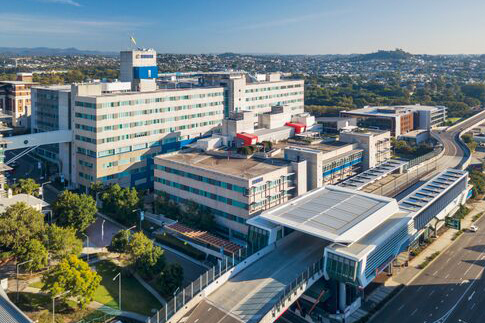