Most people have heard of two types of twins—colloquially referred to as identical (monozygotic) twins, and fraternal (dizygotic) twins.

As a world first, in a paper published in the New England Journal of Medicine, a team of researchers theorised a third, much rarer, form known as sesquizygotic twinning existed.

Monozygotic twins are genetically identical individuals from a single sperm and egg. Dizygotic twins share approximately 50 per cent of their DNA sequence identity (the same as full siblings).

The third postulated form-sesquizygosity-is where individuals share between 50 and 100 per cent of genetic identity.

The research came about when routine first-trimester ultrasounds scans of a 28-year-old Queensland woman showed unequivocally what was identical (monozygotic) twins. But at 14-weeks, further scans showed that one foetus appeared to be male, and the other female.

Genetic studies determined that the twins appeared to be neither identical nor fraternal.

The results were compared with data on fraternal (dizygotic) twins and large population-based sibling studies, which yielded no other evidence of sesquizygotic twins.

The researchers concluded that sesquizygosis-whereby twins are genetically identical to each other with respect to one parent but differ from each other by approximately 50 per cent with respect to the composition of DNA inherited from the other parent – is a third, and rare, form of twinning. 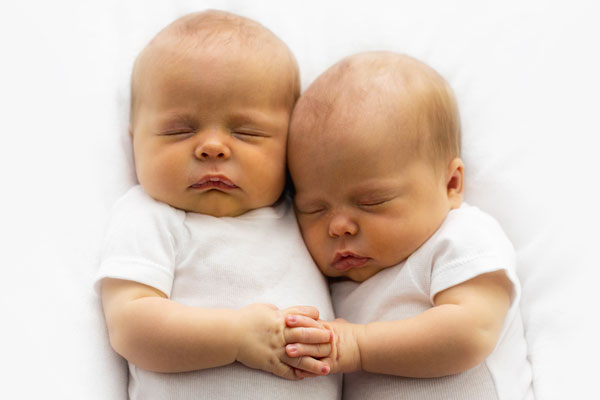