From Washington DC to Caboolture 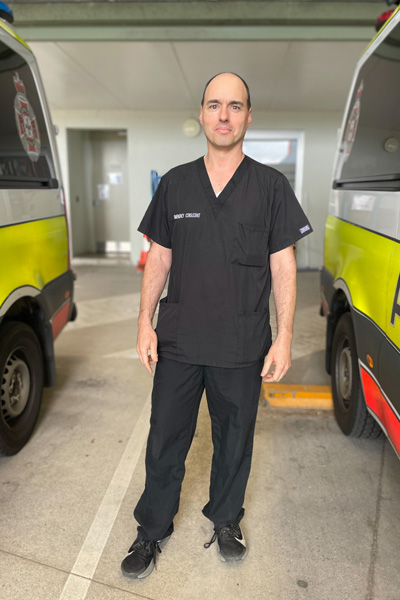 From Washington DC to Caboolture ED, Consultant Dr Doug Feinbloom has had quite the career that led him to our shores.

Doug started out as a SWAT paramedic, providing care to injured officers, victims or suspects within the ‘hot zone’. He assisted in many infamous events such as the 2001 9/11 Pentagon attack, 2002 DC sniper and 2002 Amtrak accident just to name a few.

“We’re dual trained, meaning we are trained in Fire and EMS. I carried a weapon, so I was able to defend my position as well as deliver care,” Doug said.

Doug initially studied Economics and Chemistry at a university in Upstate New York before entering the booming dotcom industry, when two companies he worked for consecutively went belly up.

“I was thinking what am I going to do? Then my mum saw an ad in our local paper to study medicine at a university here in Brisbane, so I thought, why not?” he said.

A wife, two kids, a house in South Brisbane, and consultancy at Caboolture Emergency Department later – Doug hasn’t looked back!