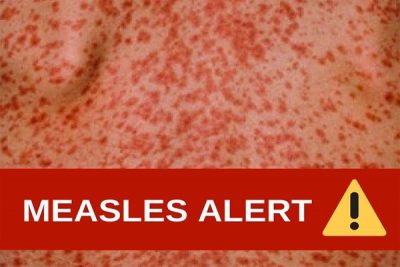 The Australian citizen arrived at Brisbane Airport on Saturday, 28 September, from Queenstown, New Zealand. She arrived at 2.20pm and was picked up in a private car and driven to Mooloolaba.

While there is minimal exposure risk in Brisbane, the woman was unknowingly infectious while staying at the Peninsular Beachfront Resort at Mooloolaba, from 28 September to 1 October.

During this time, she visited several cafes and restaurants in the Mooloolaba Esplanade shopping precinct.

Metro North Public Health physician Dr Mekala Srirajalingam said people who were in these areas at the same time should seek medical advice if they develop measles symptoms.

“Measles is one of the most infectious of all communicable diseases and is spread by tiny droplets generated through coughing and sneezing,” Dr Srirajalingam said.