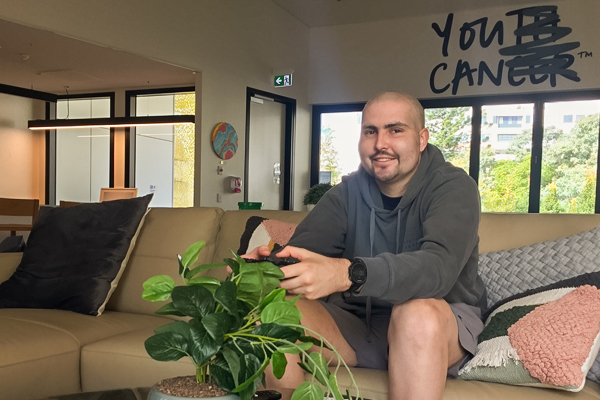 Adam’s home away from home

Accessed over 400 times since its launch, the Sony You Can Centre has addressed a gap in support that sometimes exists for patients like 19-year-old Adam who are too old for paediatric services, but too young to be treated alongside adult patients.

Last October, Adam was flown from his home of Bundaberg to RBWH after receiving a diagnosis of acute myeloid leukaemia. Not being able to return home since, he says the Sony You Can Centre has resembled a comforting sense of home and a place to connect with people of the same age going through similar challenges.

“It is really hard being away from home and my friends, but I’m grateful I’ve had access to the Sony You Can Centre from the beginning of my treatment at RBWH.

“The Centre has been the start of many lasting friendships with other young cancer patients,” said Adam.

Home to a range of facilities including comfortable lounge areas, study nooks, private spaces for phone calls and Skype sessions, and an impressive selection of books, board games and video games, the Sony You Can Centre has given Adam a place to take his mind of his illness.

“It’s been difficult not knowing when I’d be going home next. Having a space to play games and watch movies has really helped though. It’s also been great to have another place for my friends to visit and hang out, instead of them seeing me in a hospital bed,” said Adam.

“It’s hard to put into words what it’s meant to have a space like this.”

The centre is funded by contributions from the Sony Foundation, Queensland Health and Metro North Hospital and Health Service.