In 2017, Royal Brisbane and Women’s Hospital celebrated 150 years of care.

As Queensland’s largest hospital RBWH has touched the lives of millions of Australians.

We are home to the very best life-saving treatment, world-first research and have trained generations of leading healthcare professionals.

We have grown from a handful of dedicated staff to a team of 6,000 doctors, nurses, allied health and administrative staff, proud to care for Queensland.

Read more about the history of RBWH

Thanks to our anniversary partners: 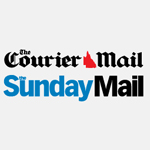