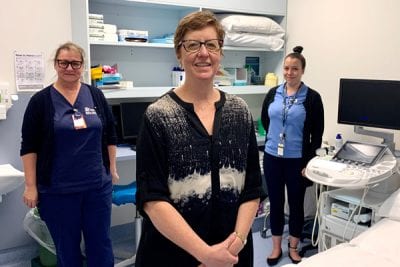 A Royal Brisbane and Women’s Hospital-based centre is leading the way in treating a rare pregnancy complication which can lead to women requiring chemotherapy.

The Queensland Trophoblast Centre (QTC) specialises in the management and care of women diagnosed with Gestational Trophoblastic Disease (GTD).

GTD, also known as a molar pregnancy, is a rare complication of pregnancy that occurs in approximately one out of every 1000 pregnancies. There are two types of molar pregnancies – a complete mole where the sperm fertilise an empty egg and does not result in a foetus, or a partial mole which results in a foetus but is usually not a viable and results in a miscarriage. In this unusual pregnancy event, the placenta grows into a cluster of cysts which sometimes continue to release Bhcg, the pregnancy hormone.

Usually, the hormone levels fall to negative, however in 15 per cent of molar pregnancies the hormones will plateau or rise. These then behave like cancer and the patient will require chemotherapy.

Royal Brisbane and Women’s Hospital Gynaecologic Oncologist and Deputy Director of QTC Andrea Garrett said that as the condition is so rare, not all general gynaecologists are familiar with how to treat the condition and require input from a specialist centre such as ours.

“QTC was established in 2012 when we realised there was a need for a specialised service to treat GTD,” Dr Garrett said.

“A molar pregnancy can be an incredibly emotional time for patients, who are not only experiencing pregnancy loss but may also require chemotherapy and a need to delay falling pregnant again.

“QTC has gynaecologists, nurses and other medical experts who specialise in molar pregnancies and understand the physical and mental implications of the disease.” 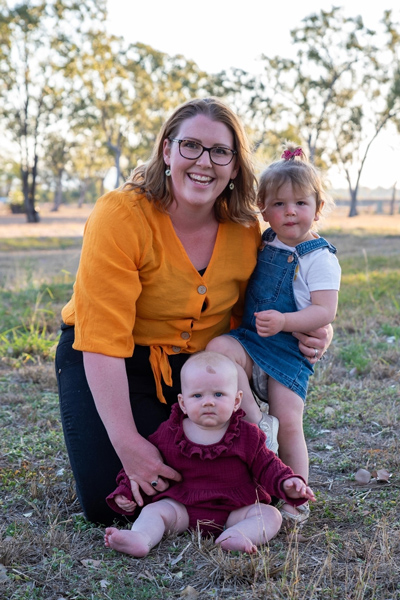 Alex Klease, QTC patient and her daughters Nia and Zeraya

QTC patient Alex Klease knows all too well about the physical and emotional toll of a molar pregnancy, after being diagnosed with GTD in 2016 at her 12-week scan.

“My husband David and I had already experienced a number of miscarriages, so when we found out that our pregnancy wasn’t viable, we were devastated,” Alex said.

“Following my diagnosis, I had a number of tests done which revealed abnormal results, so I had to have my blood monitored in the coming weeks to make sure my Bhcg hormone was decreasing.

“Instead, my levels increased, and my doctor in Rockhampton near where I live told me I had to commence chemotherapy. Just hearing the word chemotherapy is daunting, let alone having to go through with it at the same time as grieving the loss of a pregnancy.”

Alex commenced her treatment in Rockhampton, but came to QTC for a round of chemotherapy where she discovered there was specialist centre available.

“From the moment I walked in, the QTC team were outstanding. I decided to relocate to Brisbane so I could be cared for at the Centre for the duration of my treatment, away from my husband, family and beloved dogs.

“It was hard for me to be away from my support network, however I knew I was in the best possible hands at Royal Brisbane and Women’s Hospital. My treatment lasted a number of months and I lost my hair, but I finally received the all clear just in time to go home for Christmas. It was my Christmas miracle.”

Alex was told she shouldn’t conceive for another year, so during this time her and her husband went on a dream trip to Europe and Iceland. It was here they conceived their first daughter Zeraya, who is now two. They have since had another little girl named Nia.

“I look at my two perfect little girls and am so grateful for my experience. While my molar pregnancy was devastating, it has made me a more resilient person and made my relationship with my husband so much stronger.

“I couldn’t have done it without the team at QTC. They made a horrible time in my life easy and were one step ahead the entire time. I cannot fault them. They will always hold a special place in my heart.”