The awards attracted 73 outstanding submissions and showcases the diverse and far-reaching research projects conducted by individual researchers and teams from across all facilities.

Research is vital in driving change in clinical practice to improve patient outcomes, and it was a difficult task to select 28 finalists across six categories and 8 candidates for Researcher of the Year.

Congratulations to the winners.

Associate Professor Mallett is a nephrologist who leads the national renal genetics consortium. He has established a national network of 17 multidisciplinary renal genetics clinics, co-establishing the first at RBWH in 2013.

He has led implementation, evaluation and genomic research efforts to improve the understanding of genetic kidney disease and the care of affected patients and families. More than 800 families have been seen in these clinics whilst taking part in two rare disease Flagships of Australian Genomics that he has led.

Dr Frances Kinnear, an Emergency Physician at TPCH, has been exceptional in fostering and developing a rich research culture within the Emergency & Children’s Services. From humble first steps including new investigator grants, through to involvement in multi-centre trials of important clinical conundrums and development of de-novo studies, Dr Kinnear has sought not just to enhance the research capacity within TPCH, but also the culture.

The CATHARSIS program is the world’s largest echocardiographic vs angiographic comparison study for the assessment of intracardiac pressures. The multi-stream, multi-discipline team of invasive cardiologists, echocardiologists, and allied health practitioners including cardiac sonographers and cardiac research nurses have acquired over two years, 307 comprehensive echocardiograms on a broad range of patients, in the fasting hours before invasive cardiac catheterization.

The Metro North Early Psychosis Service has become known internationally for developing clinical pathways for the diagnosis and management of patients who are positive for autoimmune mediated psychosis.

This has translated to improved outcomes for these patients and the international dissemination of clinical practice developed from research at Metro North Mental Health Service.

Their research has had far reaching impact, with the most recent Australian guidelines into the assessment and management of schizophrenia developed in consultation with the Metro North Early Psychosis team.

The Network for Orthopaedic and Fracture Education and Research Unit (NOFEAR) comprises of multidisciplinary clinicians involved in the complex care of Hip Fracture and Orthopaedic patients.

The Unit aim to promote practical clinical research to achieve best outcomes for this frail patient cohort and provide evidence to support identification and management of issues which may affect morbidity, mortality and functional performance to maximise patient quality of life.

As a nurse-led team, their research is embedded heavily within daily clinical practice, using pragmatic research methods to identify research questions arising at the bedside, and meeting these needs with innovative technologies and care/maintenance strategies to reduce complications and costs.

Researcher of the Year

Professor Paul Colditz has worked at RBWH since 1991, and has an exceptional record of research, overseeing the growth of the internationally regarded Perinatal Research Centre.

He has published over 200 papers, has had nearly 10,000 citations with a grant income of more than $60 million.

Professor Colditz’s contributions to the improved care of preterm babies have been unparalleled in Queensland and internationally. His work on neonatal seizures informed Queensland Clinical Guidelines on treatment of neonatal seizures. His research is key to the current ‘state of the art’ in neonatal brain monitoring in NICUs throughout the world.

Professor Joan Webster was the Nursing Director of Research at RBWH from 1991 until her retirement earlier this year. In that time, Joan not only contributed personally to research but also mentored and guided the research careers of many nurses and midwives in Metro North.

Her practical approach to research and evidence-based practice led to Joan being appointed one of 12 editors to the Cochrane Collaboration Wounds Group, and she was also the author of 15 Cochrane reviews.

Joan is recognised internationally for her work in pressure injury prevention and infection control research and her work has set and changed policy and clinical practice. In the last five years alone, Joan has published more than 70 publications, including two in the Lancet.

In that time, her work has been sited over 3500 times, a demonstration of the impact of her research. Throughout her career Joan has attracted more than $11M in research funding, including no fewer than seven NHMRC grants.

Thank you to our sponsors 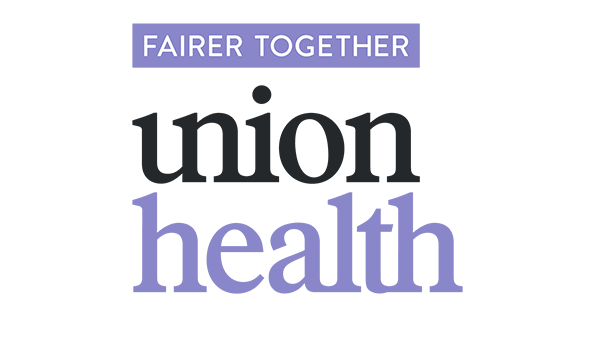